So it happened. Avengers Infinity War has become the fourth film to make $2 Billion at the box office, which in itself is no small feat. It now joins other classics such as Titanic, Avatar and Star Wars: The Force Awakens

This is big, not just for the film or for Marvel or even for Disney (although I’m sure they aren’t complaining) This is huge for the “genre”, and I’m using that term loosely here, of superhero films. You may remember the complaints of some over the years and even more recently, that these films are unsustainable or that we won’t be interested in these very soon or even “I’m hoping we’ll start getting ‘Avenger’ fatigue here pretty soon” (shoutout to James Cameron)

Well, it doesn’t look like that will happen, at least not anytime soon. What Marvel, Disney and Kevin Feige and team have done is phenomenal. They started a project 10 years ago, not really knowing where it would go with Ironman, and slowly, carefully and very importantly patiently, built up, reviewed, analyzed, tweaked where necessary and finally established an entertaining and very sustainable cinematic universe. This is good news for the genre as it means it still has legs. You could argue that Black Panther showed this but that was an event on such a huge scale that it had to do well. Infinity War was a risk, but one that clearly paid off for all involved.

They made a huge entrance at the start of the film. Thanos showed straight away why he is a villain not to be messed with (even without the stones) by taking down the Hulk and then proceeds to wash, rinse and repeat this throughout the film. My biggest issue with Thanos was his first scene. It was epic seeing him smash the Hulk but it felt too tame in my opinion. Obviously, any Hulk beat down is nothing to trifle at but I expected a fight that was a bit more cinematic. Granted they were limited to a spaceship and were floating in space, but still. This made it even more disappointing when Hulk decides to no-show for the rest of the film. We didn’t get to see the rematch in a more open space. Imagine Hulk and Thanos throwing down in Wakanda after all the Avengers had fallen, leaving Vision, Wanda and Thanos with only the big green guy standing between them

The rest of the black order were ok. Ebony Maw was the standout but his untimely end was very anti-climactic. The rest of them (Cull Obsidian, Corvus Glave and Proxima Midnight) felt like run-of-the-mill bad guys who the heroes could go toe to toe with any day. Ebony Maw had such potential too. I haven’t read much on him from the comics but he has interesting motives and agendas of his own, which would have been great to see teased or even explored here
The Avengers
Earth’s mightiest heroes are in a bit of a pickle. The last we saw them, they were having a civil war and were not on “speaking terms” as Tony puts it. This leaves them divided and unable to work together to mount an effective response to the first invasion wave. On Captain America’s team, we have Falcon, Black Widow and Wanda (Scarlet Witch) 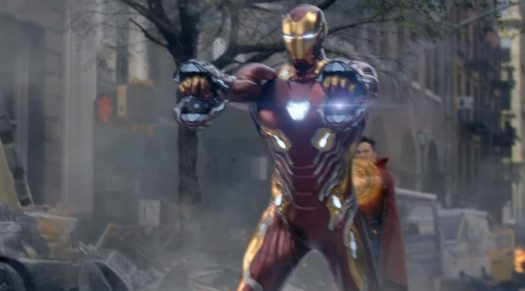 On Tony’s side, we have Warmachine, Vision and part-timer Spiderman. Black Panther has since returned to Wakanda during the events of his own film but is more or less neutral but leaning towards Captain America. For the most part, this Infinity War (part one) felt like Tony Stark and Thanos’ movie. Tony easily has the most screen time (or maybe just about as much as Thor) but Tony is more involved in the major plot points. Tony gets a new Ironman armor upgrade and is all around one of the strongest heroes. Everyone else does well, but with soo many characters and a finite amount of time, it was inevitable that we wouldn’t get strong character arcs or development for everyone. Thos goes off on his own quest to prepare for Thanos and that’s where he remains for the majority of the movie, and Cap is mostly silent throughout. I thought I would remain upset at the lack of Captain America screen time, but then as I thought about what makes the character so great and such a good leader, I remembered what Dr. Abraham Erskine said to him in the first avenger film

“Promise me one thing. That you will stay who you are. Not a perfect soldier but a good man” – Abraham Erskine

for me, part of that is shown here perfectly. Cap was willing to stand aside and be a support character, showing up when needed and doing what needed to be done. He’s done this many times in the comics, where he is supporting someone else’s plan or at times when he isn’t even the leader of the avengers. Honorable mention to Dr. Strange, he was great and had an amazing fight scene with Thanos. Also, him trading barbs with Tony Stark were brilliant to watch. Also, shout out to Black Panther and Wakanda. Disney/Marvel trolled us hard there. They were in so much f the final promotional material that people thought there would be more Wakanda and Black Panther in the film. Would’ve been nice to see, but I think they balanced out character screen time very well
The Snap
I’ve seen this film 4 times now, with smaller crowds each time and less laughing but one thing that remains constant is the eery silence at this moment in the film. The build-up to this point from everything else that happens in the movie just works so well. Some have said that this film is just pure action and no story and even though I don’t think it’s that clear cut I’d agree but that isn’t a bad thing. This is the culmination of 10 years worth of films so they can be excused for getting right to the point 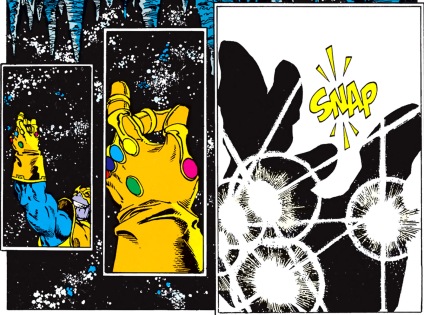 In the film itself though there are clear stakes and you can feel the weight of it all ad the pressure as things happen here or there that bing Thanos even closer to his goal of getting all the stones. We lost a few along the way (Heimdal, Loki, Gamora) and then a whole lot more at the end but that’s up in the air at the moment. It was definitely a brave decision they took doing what they did and “killing” the characters they chose to kill. It did kind of backfire though as there was already the announcement of Spiderman Homecoming 2 and Guardians of the Galaxy 3 and with black panther doing soo well at the box office it was definitely getting a sequel. People didn’t buy those deaths but they were still felt
What Next?
Well, there are rumours all around and we have images from the set of Infinity War part 2 which looks to show the heroes back in scenes from their original movies. The prevailing theory is some form of time travel or manipulation to go back and do something. I really hope it’s not a case of “let’s go back and undo the snap” as that would be quite lazy and would undo all the goodwill that the MCU has built up with the fans. Whatever it is though, with Kevin Feige at the helm and the Russo brothers directing, I’m sure it will be great. Oh and let’s not forget about that end credits scene

What are your thoughts on Infinity War? Are you excited for part 2 next year?

View all posts by yjoda